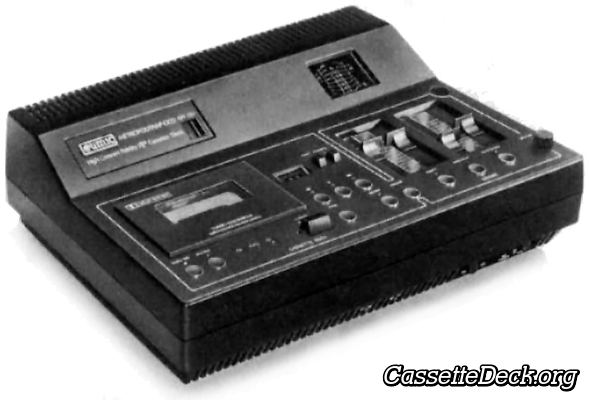 The Eumig Metropolitan CCD is a stereo cassette deck, it was introduced by Eumig in 1978 with a manufacturer suggested retail price of USD $1,300 and discontinued 4 years later in 1982.

The main features of the Eumig Metropolitan CCD are: 3 heads and no off-tape monitoring to save production cost, analog 3 digit tape counter, tape type selection with support for normal and chrome tapes, belt driven single-capstan transport.

All main transport commands can be issued remotely with a wired remote control.